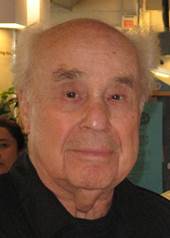 Here is an Obituary from Professor Amy Kyratzis, UCSB, where he worked for many years.

It is with great sadness that I write to inform you that Professor Emeritus John Gumperz passed away last Friday.

Professor Gumperz received his doctoral degree in Germanic Linguistics from the University of Michigan.  He held a postdoctoral appointment at Cornell in Linguistics, where he began his life-long interest in the languages and linguistics of  the new nation of India.  He has an honorary doctorate (Honoris Causa) from the University of Konstanz, Germany.  He has had a long–term relationship with the Institute for German Language (IDS- Institut fur Deutsche Sprache) in Mannheim.

Before coming to Santa Barbara and becoming an active member of the U.C.S.B. LISO faculty, for most of his career, from 1956 until his retirement in 1991, he was a professor in the Department of Anthropology at the University of California, Berkeley.

Professor Gumperz trained a large number of current scholars, and was widely known for his openness and support of junior scholars.  He wrote or edited numerous articles and books, including “Directions in Sociolinguistics: the Ethnography of Communication” (ed. w/Dell Hymes), “Discourse Strategies” (Cambridge U. Press), “Language and Social Identity” (Cambridge U. Press) , and “Rethinking Linguistic Relativity” (ed. w/Stephen C. Levinson, Cambridge U. Press).  Professor Gumperz was Fellow of the American Academy of Arts and Sciences, Distinguished Fellow of the American Anthropological Association, Life Fellow of the Linguistics Society of America, and a Guggenheim Fellow. He was former President of the International Pragmatics Association, a Visiting Fellow at the Institute of Advanced Studies, Princeton, an Overseas Fellow at Churchill College, Cambridge University, and a Fellow at the Center for Advanced Study in the Behavioral Sciences, Stanford University.   Professor Gumperz was honored recently at a session organized at the American Anthropological Association meetings in his honor.  He will be greatly missed.